Robert Misa of Vickar Mitsubishi sold 169 vehicles last year (169 vehicles!) earning him the distinction of National Diamond Sales Volume Award winner at the 14th annual Triple Diamond Gala in Montreal, Quebec this past February. He is a fourth time Triple Diamond Award Winner but this was his first year winning top honours. His top-seller is the RVR. His top customers – Filipinos. Actually 60 -70 per cent of his customer base is Filipino. Vickar Mitsubishi is located in Winnipeg, Manitoba which holds the third largest Filipino community in Canada. Why is this important? Brand loyalty. As a Filipino himself, Robert Misa knows first hand the brand affiliation this community has for Mitsubishi Motors. “My Filipino customers are loyal to the Mitsubishi brand and they are repeat customers. In the Philippines, Mitsubishi Motors is synonymous with quality and is well-established. It pays off here in Canada with new Filipino immigrants and those who have been here for awhile,” said Robert Misa. Added Misa, “But it also comes down to service and we have the best team here at Vickar Mitsubishi.” Well how does he feel about being a topdog for 2019? Misa humbly discloses his win has earned him 700 social media likes and shares and because he hasn’t been to the gala in a couple of years, it was that much sweeter. He missed going to the gala event because as he says, “It’s one great party and it’s nice to be recognized.” 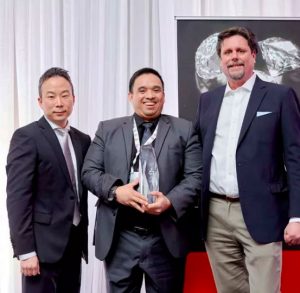 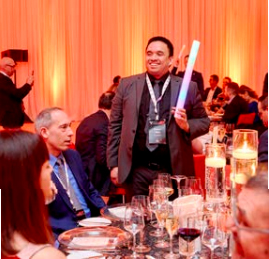 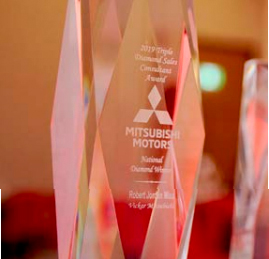